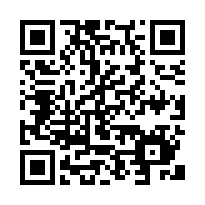 ※Source:worldbank.org Details
The newest updated about survey by worldbank.org for 2019.
(Confirmed on March 20, 2021, 12:00 am.)
Statistical data for 2020 and 2021 will be reflected immediately upon release.

So how has the current "65.05[People/k㎡]" Population density in Georgia changed compared to the past?

The following transition graph(line chart) shows "Population density" in Georgia from 1961 to 2019.

*Here is a chart that shows the transition from 1961 to 2019 as a moving year-by-year graph. It is also comparable to the total population.

*If you choose to view Other Statistics, you will be able to compare "Population density" with over 270 statistics for Georgia.

The following Bar Chart Race shows the changes in the global ranking of Georgia's "Population density".

The entire history of Georgia's world ranking from 1961 to 2019 is visualized in Bar Chart Race.

You can see where Georgia's "Population density" has been ranked in the world.

This is the overall chart of the Georgia' Population density graph above.

Also below is a list of "Georgia's Population density" from 1961 to 2019. 👆Scrollable horizontally.

If you look at the graph above of "Georgia's Population density", you will see that the data for 1993 is the highest, and the data for 2019, the latest year for which statistics are available, is lower than that.

Also, if you are looking for population growth trends rather than Population density, please refer to this page for a special feature for your consideration.
➡ Population Trends in Georgia (Past to Future Projections)

How high or low is "Georgia's Population density"?

First, let's compare "Population density" in Moldova, Republic of, which have the world's closest populations to Georgia.

Looking at the table above comparing Population density, we see that

Next, we will compare "Population density" in Georgia with that in USA.

Sorry about that. Currently, the latest year for which statistics can be confirmed for Georgia, "2019," the data for USA has not yet been researched. We will reflect this as soon as the latest data is released and comparisons can be made.

To see how Georgia compares with other countries in the past, please use the graph tool below.

Compare Georgia more with other countries

We are developing a graphing tool to compare data from Georgia. Please select a country for comparison from the select box below.

Where does Georgia rank in the world in terms of the "Population density"?

Here is an easy-to-understand explanation, using tables and graphs, of where Georgia ranks in the world's "Population density".

Georgia ranks 2nd in the world in "Population density"

Sorry about that. Currently, we are not able to create a ranking table due to the extremely small number of countries that can be surveyed for the world ranking with data from 2019, the latest year for which statistics are available for Georgia.

As soon as the data is released, we will reflect it immediately.

The following bar chart compares the average and median of the global ranking of "Population density" with Georgia.

Sorry again, we can not create the average and median value of global because The number of countries that can be surveyed for world rankings is extremely small.(2019)

As soon as the data is released and we are able to survey the mean and median values, we will reflect them immediately.

Other statistical information about Georgia in graphs is explained in an easy-to-understand way using charts and tables, so please refer to them.

Moreover, you can see a full list of over 267 types of statistical information on Georgia on this page.
→ Georgia's All Statistics World Ranking

Leave your thoughts and comments on the statistic [Georgia's Population density(Comparison Chart)]!